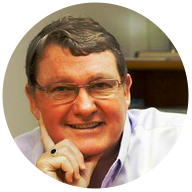 Although we are celebrating 20 years of GreatSoft Pty LTD, our roots start a long time before that
– Bruce Morgan (CEO of GreatSoft 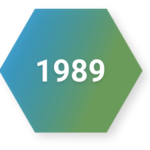 In 1989 Bruce Morgan Joined ABS Computers a listed company on the JSE. His role was National Sales manager for the Professional and Business services division. In those days the Brands that were supported included Hartley Accounting Products better known as Hapas and IBS commercial software. These systems were proprietary and ran on Wang Mini computers and Hartley Computers. 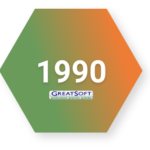 1990 Soon after joining ABS, the group acquired African rights for the Solution 6 products. These products competed with the Hapas Client accounting and Office costing products, But a major difference was the software was supported on Microsoft DOS operating systems. In hindsight we can see the benefits of using open platforms (as apposed top proprietary systems).

In 1991 Bruce Morgan moved to Cape Town and acquired the franchise for the ABS CT business. This was really successful and the following year the Johannesburg and Durban Businesses were sold to the Management teams in those areas. Soon after that Imtiaz Lorgat joined Bruce in CT and over the next few years they acquired the Johannesburg and Natal Franchises. During these years Networking exploded, with the Advent of Novell Networking and then the world moved to Microsoft networking. In addition to this the Internet started to gain momentum and the Browser wars ended with Microsoft Internet Explorer dominating the Internet. 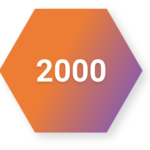 Towards the end of the 1990’s the world faced the doom and gloom scenarios, where the worlds leading experts predicted that everyones computers would cease to work past the year 2000. This resulted in a world wide frenzy of PC upgrades and the worlds Stock markets exploded especially for Tech Stocks. The downsize of this is many companies took their eyes off the ball, and focused on listing their businesses and making money from shares to the detriment of running profitable good functioning businesses.

Solution 6 was no different and they were stuck in the “older technology” era and never invested sufficient funding to build products demanded by the growing global clients. The result of this was GreatSoft terminated our relationship with Solution 6, and built our own products branded after our new business Venture GreatSoft Pty LTD, with the product suite called GreatSoft.

The early years was not easy as the “old technology Solution 6 Product” was really full featured and it took GreatSoft a number of years to reach parity with the older products. The upside was that the GreatSoft team had control of their own destiny. This allowed GreatSoft to build Products based on industry best standards, and this included using Microsoft Access and Microsoft SQL databases. These tools allowed our clients much more flexibility in the way they managed their practices, and the more they used the products the more they demanded new products, e.g. Tax Systems including Provisional Tax, Efiling of Tax returns, ITr Tax returns for all entities, plus company secretarial and many other products.

In the Mid 2000’s GreatSoft made the decision to develop Cloud based products to replace the entire Desktop range. This steep learning curve required that the products were redeveloped a number of times over to ensure they performed well in the new cloud space. By 2015 GreatSoft was a totally cloud based suite of products. In addition to this GreatSoft launched our cloud hosting products which really grew exponentially and now close to 50% of our clients make use of these hosted services, with the remaining clients choosing to host their own data in their own private data centres. 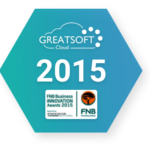 In 2015 GreatSoft won the prestigious Innovator of the year award and joined the global Endeavor Entrepreneur world. The impact this had on the business was huge as this facilitated the acquisition of a number of businesses including a Payroll business, which is fast becoming a dominant Payroll product in the South African Market.

The business grew over 5 years from a team of 28 people to 60 plus, and this growth helped to provide the outstanding services that GreatSoft clients demanded in their migration to the Cloud.

3 years ago GreatSoft launched GreatSoft into Australia and soon became a real contender for new business in the mid tier Accounting firms in Australia. This success led to a Major Vendor MYOB acquiring the rights for GreatSoft in the Asia PAC markets (Transaction still subject to ACCC Australia Competition board approval) 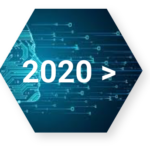 The future for GreatSoft looks exciting as the R&D is pointing GreatSoft in the direction of artificial intelligence and Robotics which we believe will substantially enhance the way our clients manage their firms.

Finally GreatSoft thanks every Client, Staff member and Stakeholder with their contribution in this journey which extends past 30 years, although the GreatSoft brand is celebrating our 20 birthday this year.